‘Today, all around the world, wildlife is in peril. A quarter of species face the threat of extinction, in large part because we have destroyed nearly half of the ecosystems in which they live. We must act now to reverse this trend.’

This year’s World Wildlife Day highlights the importance of the UN Decade on Ecosystem Restoration (2021-2030). Ecosystems are only healthy when their component species thrive. If just one keystone species disappears, an entire ecosystem can start to decline and die. This is why actions to protect individual species must go hand-in-hand with restoring entire ecosystems.

On this World Wildlife Day let us commit to preserving our invaluable and irreplaceable wildlife for the benefit and delight of current and future generations.’

It is a powerful message isn’t it?  Understanding how dependant we are on healthy ecosystems, the cornerstone that robust natural systems have on health, climate, food and wildlife sits at the very heart of World Wildlife Day.

Pritchard and Pritchard operate in a space where our day to day work can have a genuinely positive impact on healthy ecosystems and wildlife.

We cannot reverse the impact of urbanisation but we CAN install smart urban greening solutions which support ecosystems, green infrastructure, wildlife and plant species. 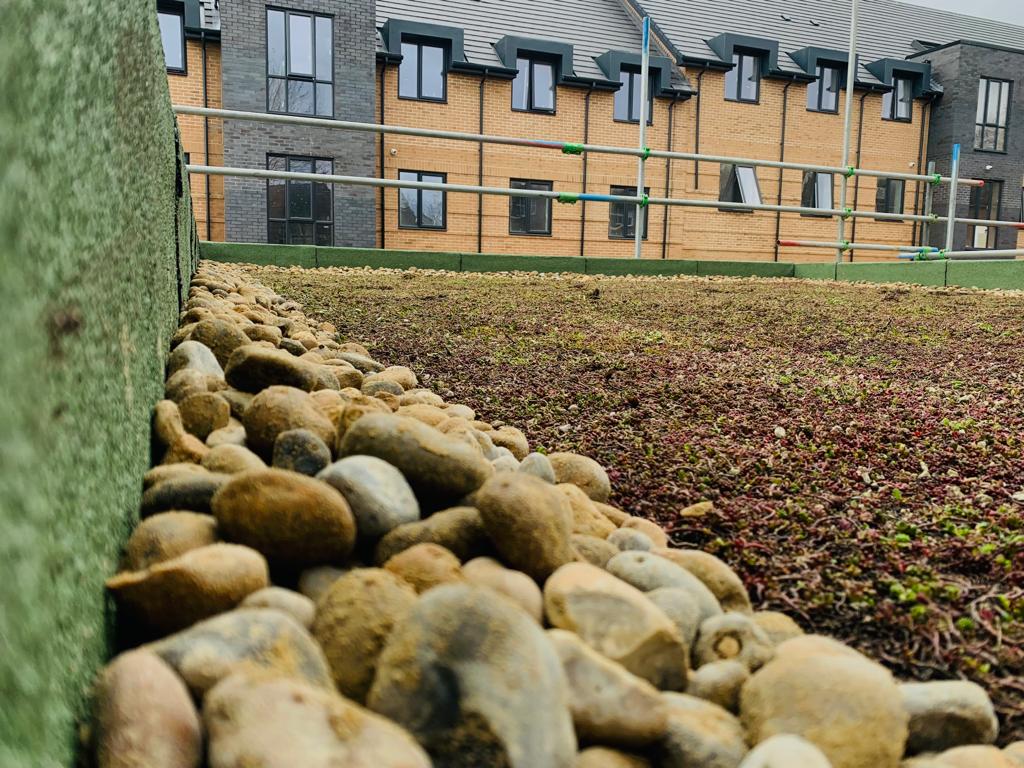 How does a green roof benefit wildlife and biodiversity?

Plant content from a simple Sedum roof to a horticulturally rich and varied intensive green roof delivers a boost to local wildlife and biodiversity.

Influenced by new guidance such as Biodiversity Net Gain and the Urban Greening factor, the quality of horticultural content can have a very positive impact on local ecosystems and wildlife.

Even on a ‘brown roof’ which has a shallow substrate limiting plants to hardy sedums and grasses, the addition of piles of local timber, even construction concrete can provide valuable habitat for invertebrates and small wildlife.

London’s roofs are often adorned with beehives to boost the honeybee population, however whilst this in itself is great. there are many other bee species which benefit from habitat creation on green roofs, the log piles and dust piles bring space to burrow and nest for solitary bees for example which have a hugely valuable role to play in pollination for crops.

Blue roofs bring another benefit to green infrastructure, not only hosting a space for valuable horticulture but also holding water and improving urban drainage.  In turn the improvement of urban drainage systems (Suds) has a positive effect on wildlife and biodiversity by mitigating flooding and enabling ecosystems to stabilise and thrive. 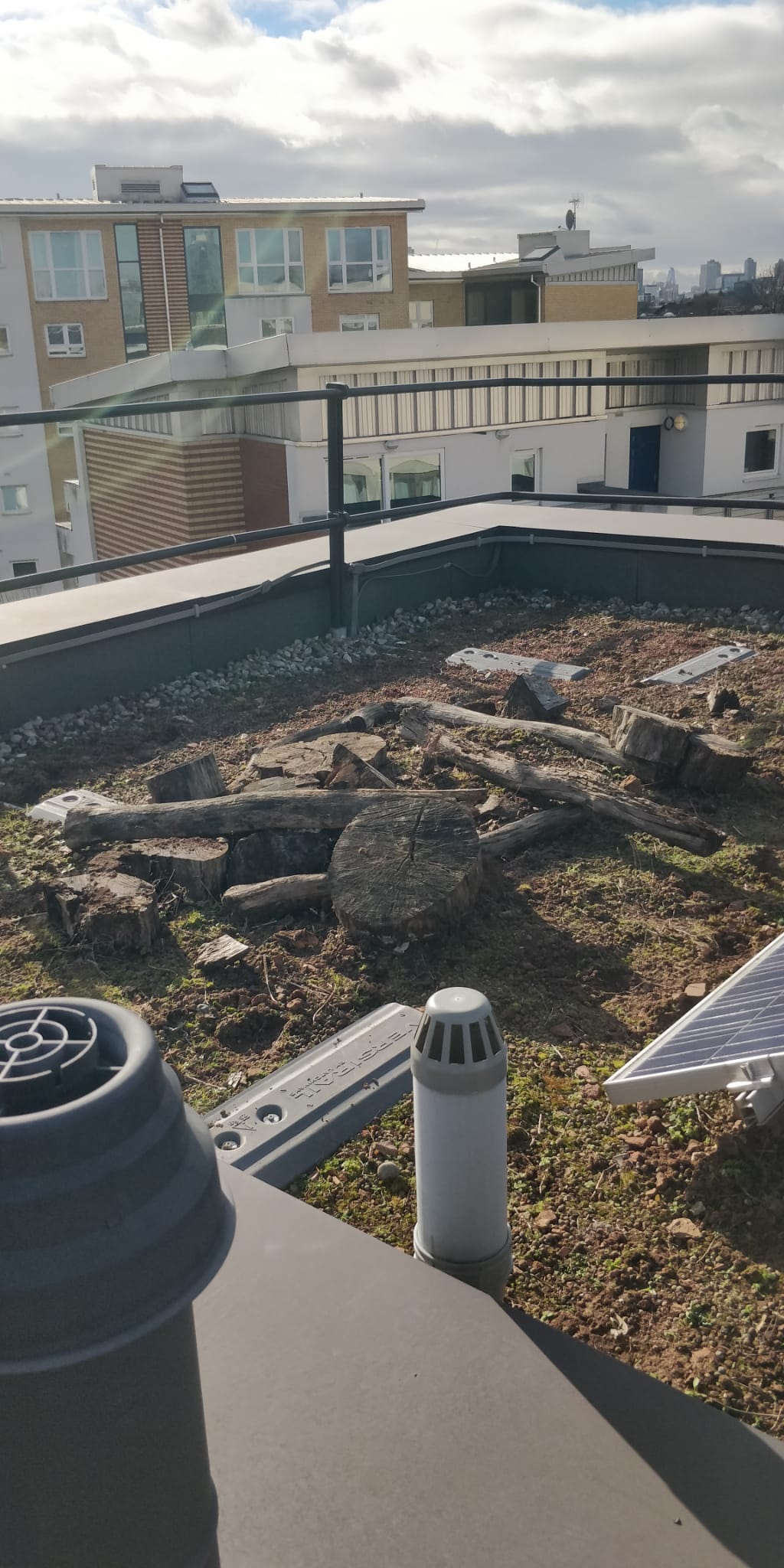 Many industry leaders would argue that Living Walls cannot deliver the same extent of benefits as green roofs and we cannot disagree, however, their benefits are sizable and proven and they can further enhance the sustainability of a building – especially when applied retrospectively.

A thriving living wall can contain a broad and biodiverse plant palette which undoubtably supports wildlife, pollinators and habitat creation.  In harsh urban areas where concrete and glass has taken over living walls can deliver valuable habitats where other more traditional landscaping methods will be limited.

Interestingly the capability of both living walls and green roofs to bring meaningful benefit to wildlife lies in system selection and plant design and specification.

A great example was created by Scotscape and the charity Bug Life to create a ‘perfect pollinator’ living wall.

It is no secret that in our industry the role of the knowledgeable ‘plantsman’ has over the last few years become invaluable to the creation of horticultural content that delivers results not just aesthetics.

If you want to learn about the solutions which are available to you to add to you home or premises get in touch with us for expert advice and installation: 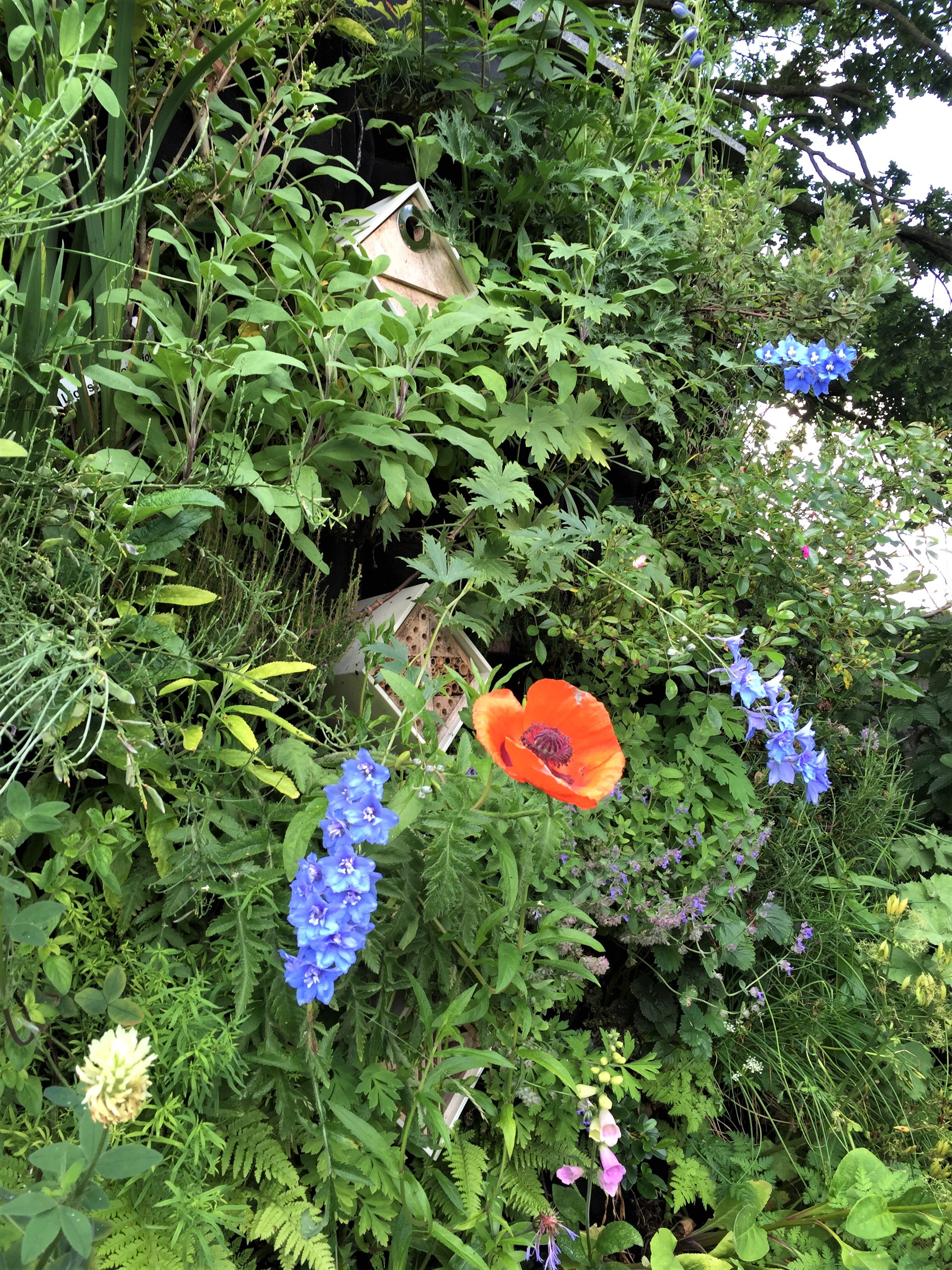