Latest news on everything that matters in green infrastructure

Keep up to date with everything that is happening in living roofs and wall, podiums and rooftop gardens, at P&P and across the industry

The Pritchard and Pritchard team carry out the living wall maintenance of this stunning installation at the University of Plymouth which uses the Fytotextile living wall system from Scotscape.

This green wall has been part of an exciting research program, undertaken at the University of Plymouth at their Sustainability Hub to assess the insulation properties of vertical gardens when retrofitted onto existing buildings.

When living walls first arrived in the UK there were some rather well documented living wall disasters! Notably this school living wall on Paradise Passage in London – ironic! This was definitely a project without a living wall maintenance schedule in place.

Famously the irrigation had been switched off over the school holidays, it was a great shame and for some time hindered the progress of the living wall market here in the UK.

Fortunately innovation and knowledge has ensured that by and large living walls are cared for correctly. 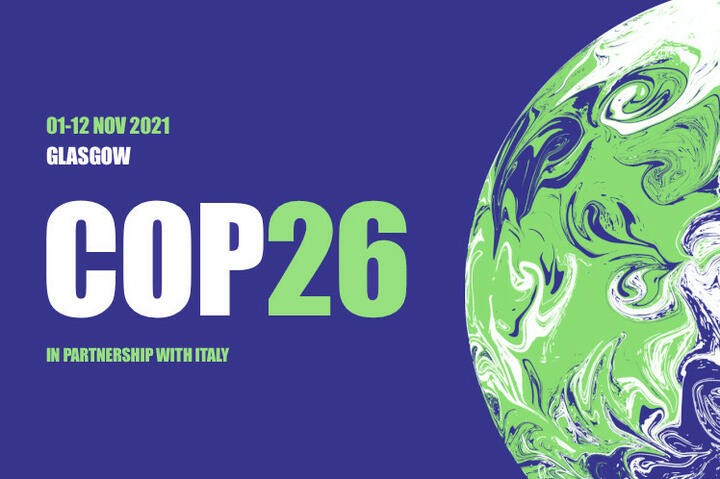 The long awaited COP 26 has arrived, we are full of anticipation waiting for this global climate change conference to deliver some change and positive outcomes.

We have been following the One Step Greener campaign, an initiative which forms part of the COP 26 mission which encourages everyone to do their bit to become #OneStepGreener.

As a construction business with specialist teams installing green roofs, living walls, landscapes and storm-water management roofs – we hope we can help others to make considered decisions to become One Step Greener.

A New Green Roof Report has been released by the Green Roofs for Healthy Cities and the Green Infrastructure Foundation about the significant benefits of green roofs to supporting healthy cities.

GRJC and GIF are based in the United States, the report further underpins the evidence that green roofs can make an important contribution to climate adaptation and mitigation strategies. 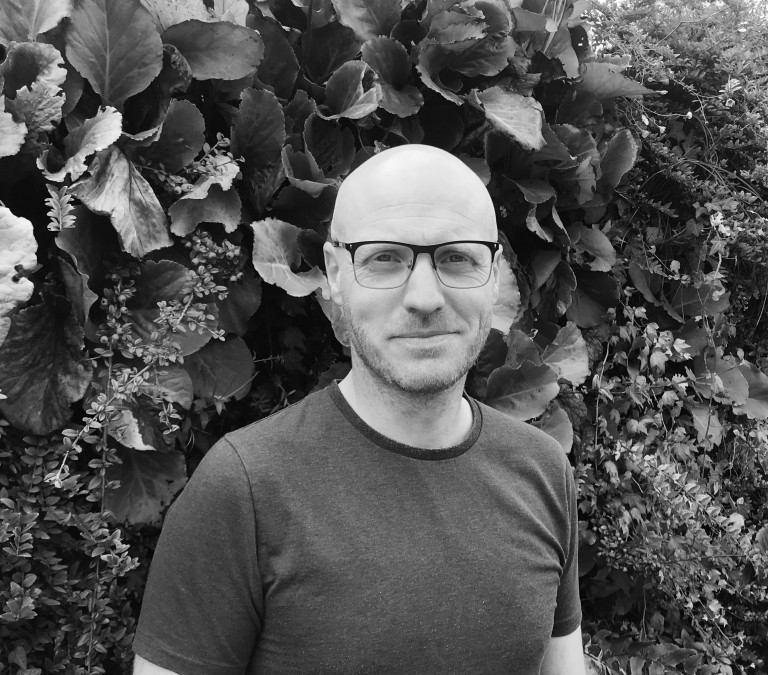 We are delighted to announce that Niall McEvoy has joined the Pritchard and Pritchard team as Business Development Manager.

With a granular knowledge of living walls and green roof systems, Niall can guide audiences through the multiple options available to specify for an improved built environment which is resilient to climate change. 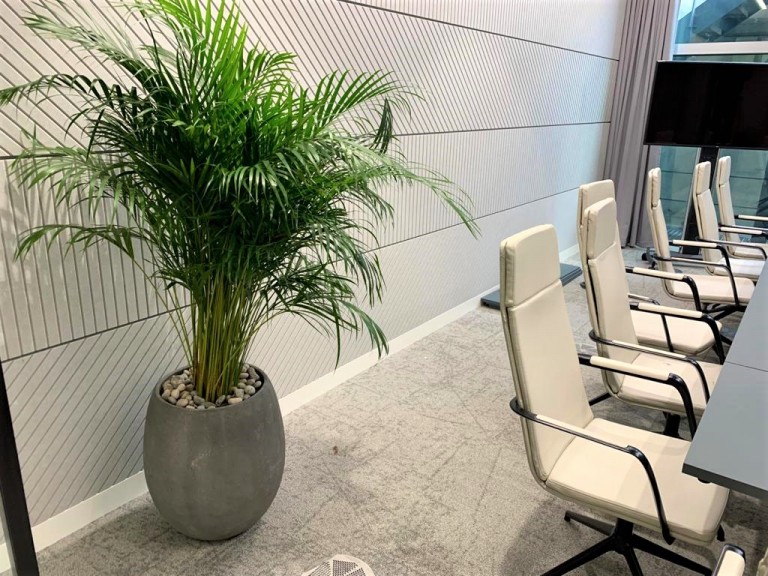 Working with lead contractor Planteria, the Pritchard and Pritchard team have been installing multiple interior planting combinations at this Central London Office.

Well known for improving productivity and the human enjoyment of interiors, now more than ever is the time to start specifying plants in offices to enjoy the sizeable benefits that they bring. 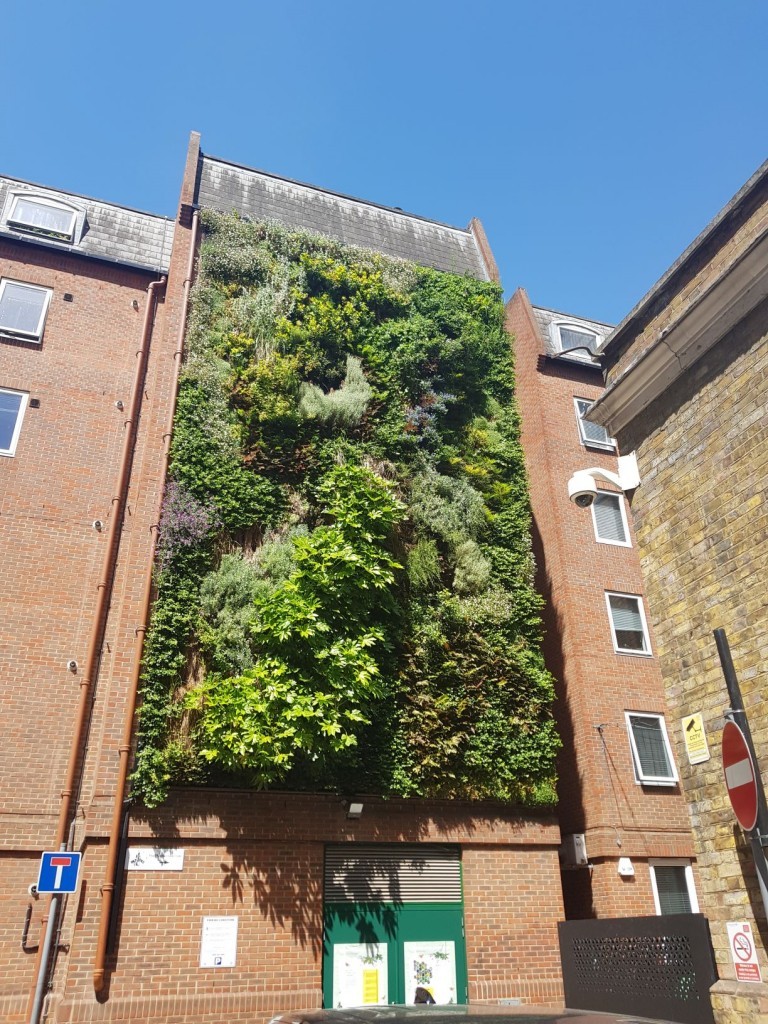 Living Walls – why you should specify now.

Pritchard and Pritchard are specialist installers of Green walls for both commercial and residential projects.  We work with living wall specialists across the UK and have detailed and professional knowledge of each and every living wall system, if you have a vision for a vertical garden at your home or business premises, get in touch, we can help you every step of the way. 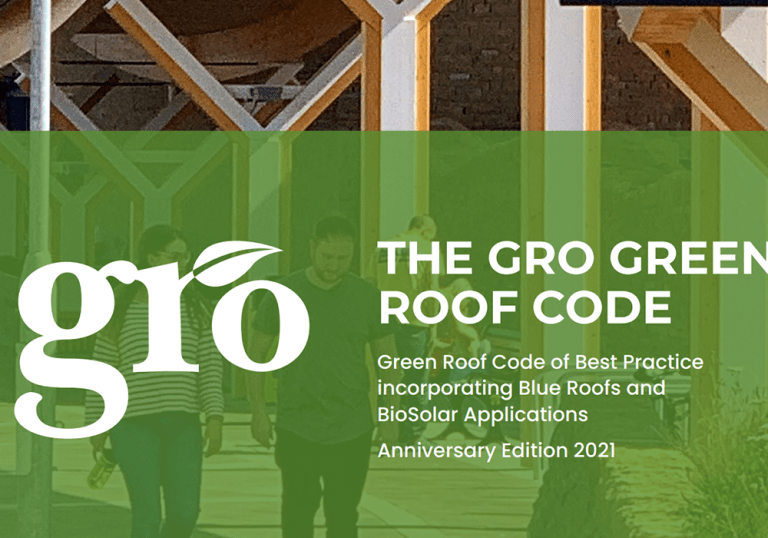 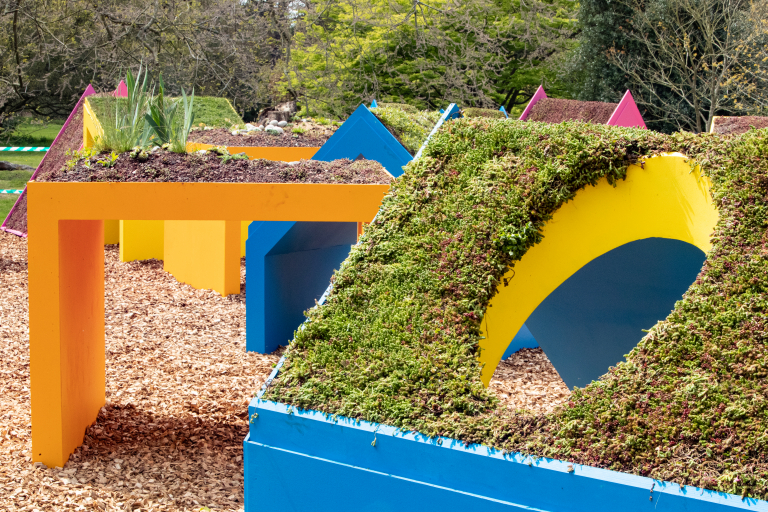 ‘The Secret World of Plants’ Kew Garden, Supported by GRO

Members of the Green Roof Organisation (GRO) have worked together to install green roofs on 20 play structures at the Royal Botanic Gardens, Kew, which is on a mission to encourage people, after a year spent largely indoors, to reconnect with the incredible nature that surrounds them. 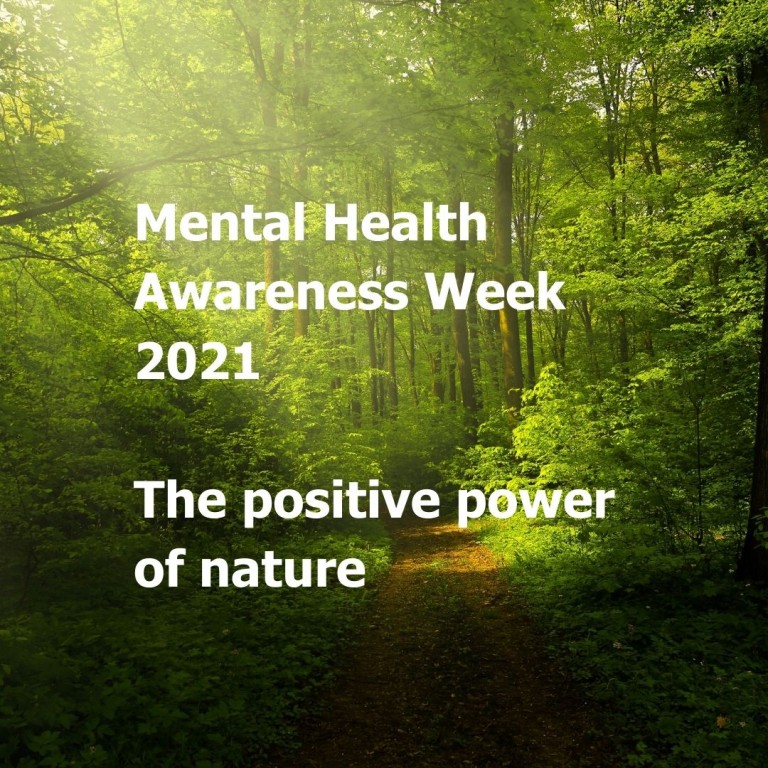 It is Mental Health Awareness Week and the focus this year is nature.

Read more about how nature is gaining ground in our cities as we all recognise the powerful health and wellbeing benefits it delivers. 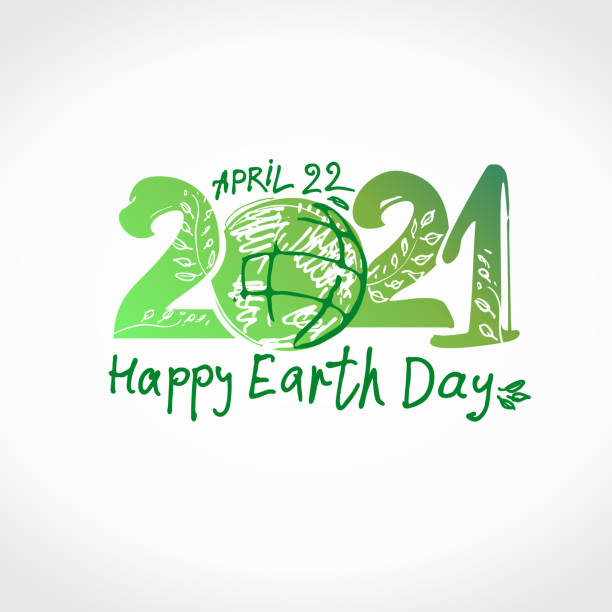 We are celebrating #EarthDay 2021 with a look at the benefits of Blue Roofs and why they play such a valuable role in supporting sustainable cities in the face of extreme climate events. 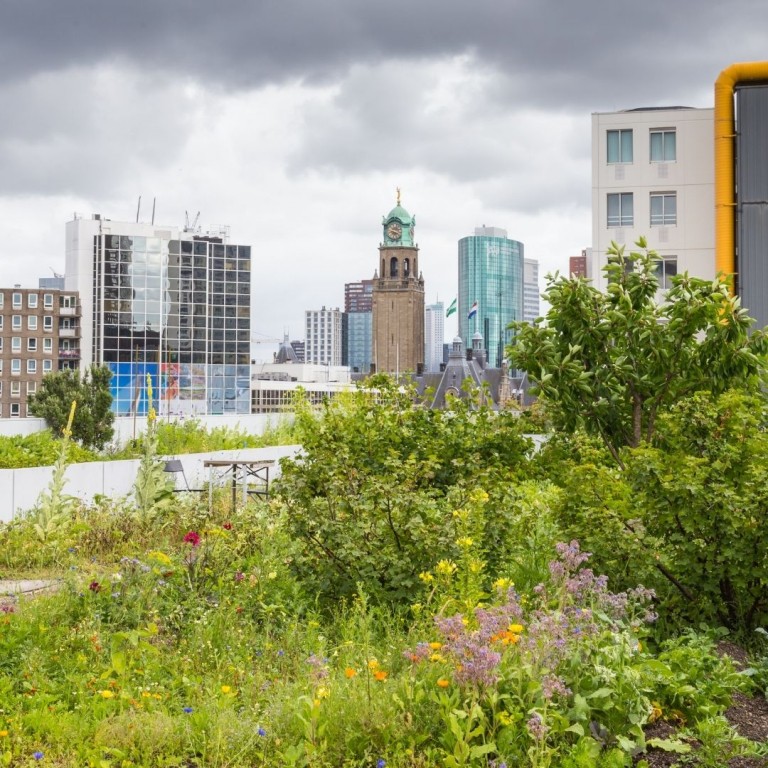 What are the Benefits of Green Roofs for People and Buildings

What are the benefits of green roofs for people and buildings.  Learn more about the benefits of specifying living roofs.  How they can both support the environment the wellbeing of city dwellers and also how they can help add longevity to existing roof structures. 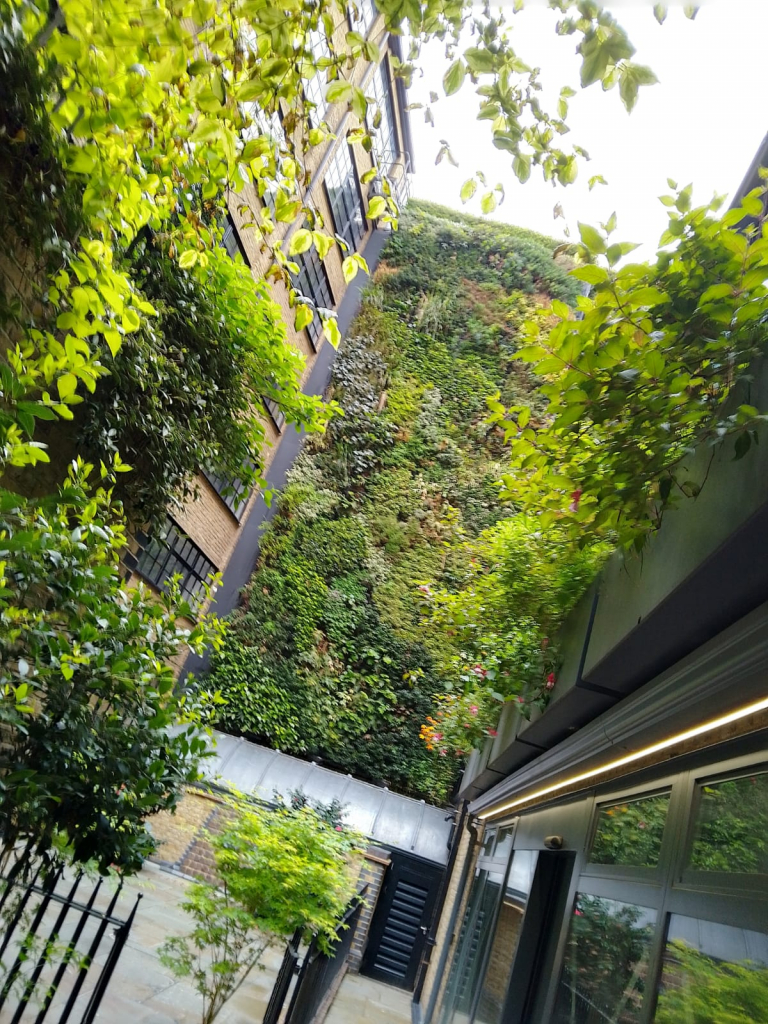 The Pritchard and Pritchard team have been revitalising the living wall and planted landscapes at this fantastic mixed use space in Old Street. Remedial works… 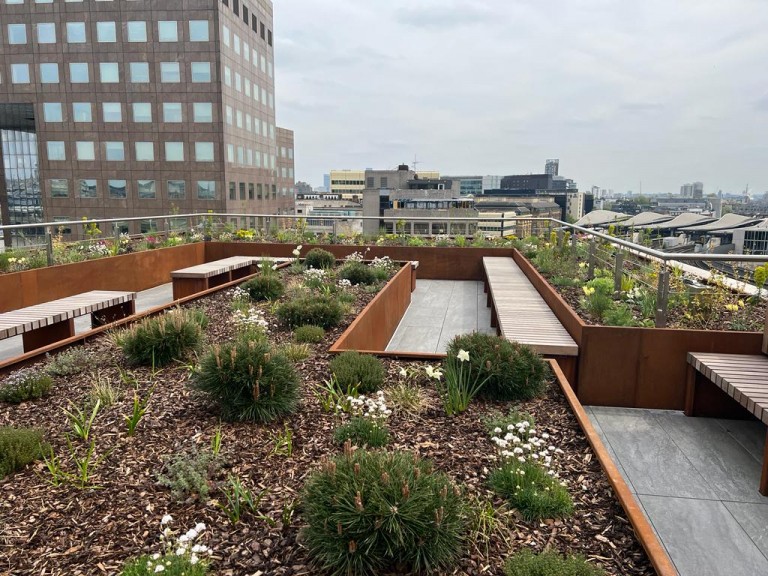 The Pritchard and Pritchard team were subcontracted by DDC Limited To undertake the installation of this magnificent roof garden in the heart of London. 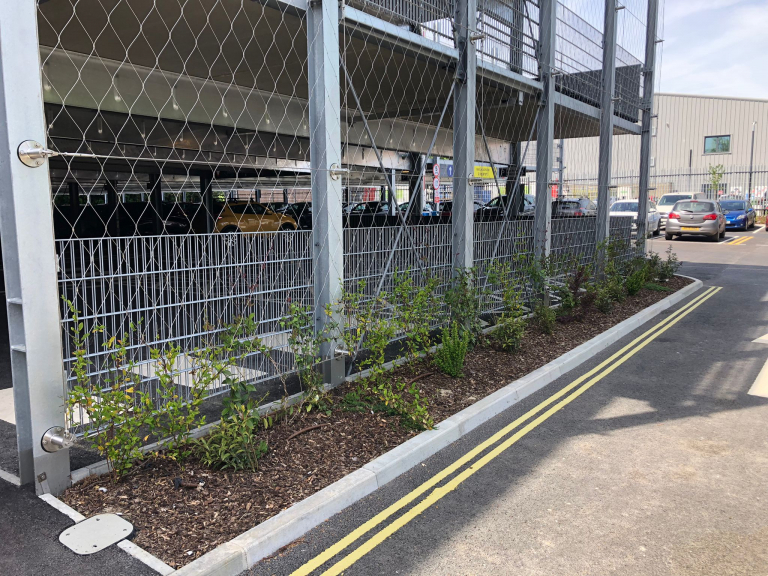 The Pritchard and Pritchard team have worked with MMA Architectural to install wire trellis at this multi-storey car park in Winchester.